Trapeze (OUT OF PRINT) 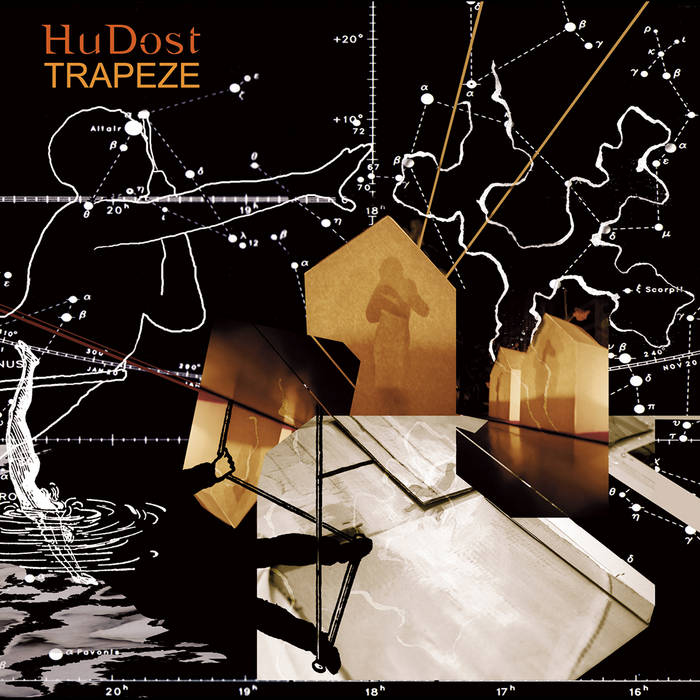 “Trapeze,” HuDost’s 3rd album, released in 2009, continues to break any typical musical boundaries, including cultural and linguistic, instrumental and vocal, historical and present-day, with impressive ease and flowing concoctions of different instruments and powerful, yet beautiful vocals.

Shortly before the recording process for ‘Trapeze’ began, Moksha was diagnosed with a brain tumor. The recording process occurred during the period of time between the diagnosis and surgery. None of the songs that were recorded directly reference her health but speak of the kind of yearning, darkness and raw vulnerability that we all experience at one time or another, and the consequent hope and love that we are granted access to when we are shocked out of our habitual patterns. They also speak, with subtlety, of what she had experienced during the mind-altering seizures that occurred randomly and daily due to the tumor. Moksha had no way of knowing whether she would die from undergoing surgery, so the songs on ‘Trapeze’ bear the language of “swan songs” or potential final works.

Though they are usually titled “indie,” most won’t classify HuDost into a category, and often compile elaborate descriptions in an attempt to categorize this eclectic group. Their original work has been described as ranging in style from “Alternative World Music” to “Country and Eastern” fusion, coupled with atmospheric, experimental sound. They synergize traditional Sufi music, Bulgarian, Croatian, Macedonian and Balkan folk music, Georgian, Farsi, Turkish, Arabic, Folk, Pop, and Rock. Moksha has traveled the world and studied 12 distinct vocal styles with master vocalists.

"It’s nice to see a band like this who don’t sacrifice content for commerciality yet have a theoretically almost limitless upside for hit potential: these songs are catchy, and thankfully, Canadian radio is mandated to push Canadian artists, so they ought to have at least one market locked up."- Lucid Culture

The music of HuDost, the Neo Folk World Rock Ensemble from Montreal and NY, weaves a seamless tapestry of sound that renders tears and laughter in listeners, cultivating that nameless longing that abides somewhere in all our hearts.

Bandcamp Daily  your guide to the world of Bandcamp

cktrl talks about heartbreak and his new record 'Robyn'